Diary from the island of extremes 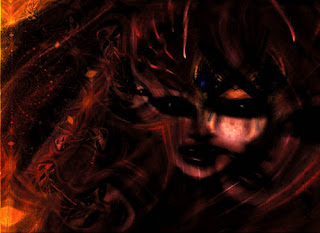 The last couple of weeks have been without a doubt the strangest collective times I have experienced during my 40 years on this planet. I am an islander from Iceland. The island now known for going to the extreme of greed and lack of common sense when it comes to consuming. We allowed our newly privatized banks to grow 12 times over our annual budget. That is pretty insane.

Not all Icelanders took part in this insanity - some of us tried to warn the others. Some of us were in the role of ancient oracle Cassandra - we saw the fall but we could do nothing to prevent it. However we have now an unique opportunity to see the fall as the beginning of resurrection.

But right now people are paralyzed with fear of the unknown. People are indeed terrified. Urban legends flood the media because no one really knows what tomorrow will hold. Some people have taken their own lives and some have lost their minds in this short period of time.

People don´t know if they should go and buy as much food as possible - because we have been hearing from the supermarket owners that they can´t get the imports to the island - no one trusts us anymore. No one wants to give us credit or accept our currency.

And so we are reminded that no matter how well educated we are, no matter how much we leaned on the illusion that money was something real, we are still just living on an island. Island that most people don´t even know exist. We live on an island at the end of the world. We are islanders who just recently emerged from turf houses and dirt floors. We are high tech aboriginals of the North.

It feels kind of rough to be kicked by Gordon Brown and so many others in the UK while we are down. But such is the mentality of those that believe in the survival of the fittest to kill the weak one, it comes as no surprise. Brown is drowning in unpopularity and needs to distract the focus from all his failures - what better then attacking a nation of 300.000 who is anyway drowning in their self made misery.
Posted by Birgitta Jónsdóttir at 9:32 AM