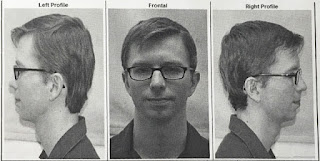 I first heard of Chelsea Manning when the news broke early in 2010 that a soldier had been arrested in Iraq for being the alleged source of blowing the whistle on serious war crimes leaked to WikiLeaks in 2009.

I had worked on some of this material with WikiLeaks, and was convinced that if we would get it out in public domain, that it would make our world better. I worked on among other things background on the video that Reuters had tried to get released for some years without success, showing how two of their staff had been killed in New Baghdad. The video not only showed the killing of these two men, but it showed war crimes of horrific nature, where the collaterals where not only the photographer and his assistant but children and people trying to help a wounded man.

I admit that I share the same hopes that drove Manning to share with the rest of the world the crimes of war she witnessed. I am still deeply disappointed that no one has been held accountable for the criminality exposed in the documents for which Manning was dealt a 35 years prison sentence for.

I want to thank Chelsea Manning for the service she has done for humanity with her courage to inform us, so that we have the means to transform and change our societies for the better. The wave of demands for greater transparency, more accountability, and democratic reform originate with Manning's lonely act in the barracks in Iraq.

I really wish I could be among the first to give her a real hug after all the virtual hugs, but with the current regime in the USA, and recent threats towards WikiLeaks, I have been advised not to travel to the USA. There are of course other reasons as well. New laws and policies that discriminate against whole nations, against people of color and people from Mexico find it impossible for me go, I will not endorse that type of discrimination. I also find new laws giving border control permission to demand passwords and access to my emails, and social media accounts a dangerous threat to privacy and do not wish to normalise it in any way by taking a dummy phone with me. 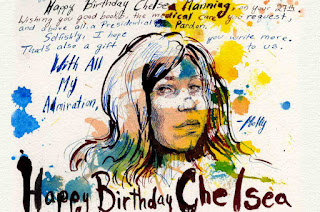 I hope that someday Chelsea Manning can visit Iceland and inspire people in person about the importance of courage and the fact that individuals can and must change the world. She is a living proof of that. Now as she takes her first steps into a new life outside the prison walls, I find it fitting it occurs on a day where we celebrate diversity of love.

I know that no matter what Chelsea will do, she will carry on making our world a better place. I am sure it will take some time to adjust. But today we will celebrate and rejoice for the most hopeful news so far this year: Chelsea is Free.

Today we celebrate in Iceland with 1000's of people, the freedom of a modern day hero.
Posted by Birgitta Jónsdóttir at 8:07 PM 195 comments: