Is it an option for Edward Snowden to seek shelter in Iceland? 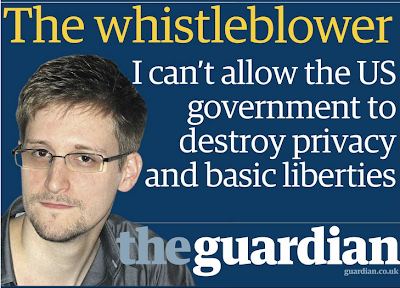 When it was brought to my attention that Edward Snowden was looking to Iceland for political asylum, I offered to help figure out the legal options for such a request.

These are my findings: Snowden should not come to Iceland unless he will request and be granted citizenship by the Icelandic Parliament. Citizenship is the only legal protection that will shelter him from any demands of extradition to the USA. The ideal situation would be for Snowden to be granted a Icelandic passport as was the case with Bobby Fischer.

Seeking political asylum is a process that can take long time, and there are no guarantees granted against extradition while the process is ongoing. However since Snowden faces possible death sentence his case is stronger, for it is illegal to extradite a person who faces death sentence from Iceland. It is important to note that Iceland has a terrible track record when it comes to granting political asylum to people seeking shelter, as it is hardly never granted and thus a too dangerous path to be recommended for Snowden.

The new Interior minister, Hanna Birna Kristjánsdóttir, has been very stern in her statements announcing that Snowden will not get any sort of special treatment for the Minister fears that if he will be granted asylum, Iceland might have to show humanitarianism in action by transforming its poor treatment towards asylum seekers who seek shelter in Iceland.

I was hoping that the new Prime Minster, Sigmundur Davíð Gunnlaugsson, would take the same leadership in this case as a former PM did in the case of Bobby Fischer, for it was a political decision to grant the Chess Master Icelandic citizenship and Icelandic passport while Fischer was in prison in Japan waiting to be extradited to the USA for playing chess in the wrong country. It is still not too late to show such leadership.

It is important to note that there has not been any formal requests for asylum from Snowden to the Icelandic government and thus impossible for them to respond with affirmative answer until such a request has been received.

I've heard as I am writing this that there are other countries that have offered to shelter this brave whistleblower. Snowden has done service to all of humanity by bringing to the public domain information that truly belongs there. It is ironic that Snowden is to be charged for spying by blowing the whistle on the fact that NSA is spying on everyone with much deeper probing into our personal lives then even Stasi could do. I am sorry that Iceland might not be an option. It would have made me exceptionally proud if it was.

The war on whistleblowers needs to stop. I see Manning, Brown, Hammond and so many others as political prisoners of the information revolution. If extradited to the USA, on the charges of espionage, Snowden’s fate might be death sentence. By not sheltering him those who reject to help him might have blood on their hands.

Birgitta Jonsdottir
Poetician & a member of the Icelandic Parliament for the Pirate Party,
Chairperson of the International Modern Media Institution (IMMI)
http://birgitta.is
http://immi.is
Posted by Birgitta Jónsdóttir at 8:57 PM 1 comment: