Diary from the island of extremes III - Nation in denial 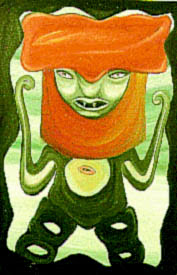 I don't think my fellow islanders realize that we are facing a grave danger of loosing the little independence we had. I don't think people still realize how utterly screwed we are. Our leaders, who by the way are to a large degree responsible for the situation we are in, ask the Icelanders to show them support and give them peace to solve the problem. And what do the islander do? They trust the people who are responsible for all the mess to clean up the mess. No one at the top has lost their jobs. Not even David Oddsson who was a prime minister here for a decade and before that the mayor of the capital city. He is the guy that was given the job of running our national treasury bank and he is the guy who angered Brown and Oh Darling with his big mouth during a live interview at our national TV. He has never been known for watching his mouth.

So why, why but why does the nation just go shopping with their credit cards in the shops still owned by the same guys who made the impossible possible... made this nation go bankrupt? Well first of all, this is a nation of sheep, nation of mindless consumers, nation of spineless wankers, nation of workaholics, nation of self interest people, who really don't care much about anything except the external goods. A nation who has always thought first, how can I exploit this situation to my own interest. Viva la Banana!!!! This is a banana republic - but the sad thing is that the government doesn't even need an army to get people to follow orders, there is no army in Iceland. It is enough to say, if you obey, we might make YOU feel special and give YOU a little extra. Join the party = there is still plenty of greed-booze left. 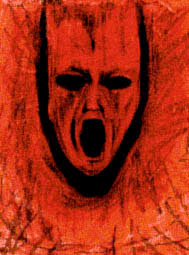 I am a little concerned, because I love this island, there is still a mass of untouched wilderness left, but not for long if things carry on in the direction the capitalists wants us to go.
We are a nation living in fear, not of war, not of drought, floods. We are a nation living in fear of not having enough stuff. We are victims of our own greed, and through that process we might loose our independence and our wilderness.

Our government and members of parliament are now talking about that our only salvation is to change this island into heavy industry hell, build more smelters, let us use all our cheep energy to fuel aluminum smelters and other nice factories. Our propagandamasters have managed to sell the nation that we are helping the poor underdeveloped countries in the world by having Rio Tinto and Alcoa in Iceland, because they use our green energy not the dirty coals. So in the mind of the nation aluminum factories are green factories and not only that they are now talked about as our saviours ....

I am living in a banana republic and there are no guns to our heads, the greatest threat we face is to become dependant on huge corporations who roam the earth like an overgrown psychopath.

I want to be able to have election, I want people to take some responsibility for enabling the Icelandic banks to grow so over their head that they were rolling money in and out that is 12 times bigger then our national budget. Who allowed this> WE. People denied the obvious, they tried to ruin the reputation of those that dared to warn us. WE the Icelandic people are responsible, and each day that we allow the people responsible to rule our country, our responsibility grows.

This would of course be quite OK if this blunder was only effecting Iceland, but it is effecting huge numbers of people in the UK. I can understand the anger, and all I have to offer is, my little I am so sorry. A little group of people has been protesting, but it seems so useless, where are the masses who have lost their jobs, their savings, where are they? I honestly don't know.
Posted by Birgitta Jónsdóttir at 8:15 AM