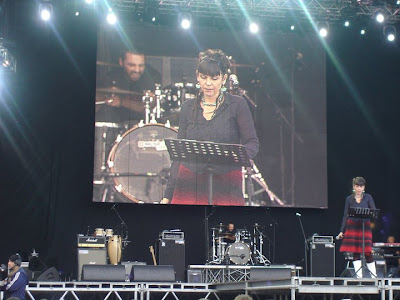 
We created the Movement 8 weeks before elections, we had no money, and no one knew us, yet we got more then 7% of the vote at the general elections in 2009. I hope to see the same sort of numbers for your Movement in the 2010 elections.
One of the reasons why it is so important for groups to get representatives into places of power, is that it is a lot easier to get media attention on your causes, and it is handy to be able to confront or talk with ministers and other mps about important issues without delay.
When I was working as an activist one of the hardest challenges was to get the attention from both the media and the people in power to the cause, getting some changes implemented was nearly impossible. Now that I am getting a better understanding on how things work within the legislative body I have much better chance to help other activists and the general public to get attention and even legislative changes and resolutions on issues they are concerned about.
What might seem impossible now might be quite possible tomorrow because we are experiencing very rapid changes on all levels. So I encourage you to start to make the blueprint for the future you want to live in, to be passionate about your cause and to believe that everything is possible, today failings might turn into tomorrows successes.
But the most important part is if you have a chance to work within the belly of the beast to not become like them but to listen to your heart, to listen to your intuition and to be impeccable with your word. And finally not care at all if you loose that place of power.
Thank you all the people of the Movement in Italy – I know I am experiencing a truly historical moment here today. Thank you all who dare to be part of this massive movement of transformation of politics.
Posted by Birgitta Jónsdóttir at 3:04 PM

I was there, listening your speech in Cesena, and your words have casted in me the light of hope, that another world not only is possible, but there are several smart and very brave people, that are actually building the basement for it.

Excuse me for my weak english, and thank you very much for your great speach at 5 star woodstock.

Let's we become the change we would like to see in the world...

Thanks, Birgitta, thanks very much.

The world is uniting itself under the flag of common sense. Gaia to the rescue? Maybe.

We are witnessing great times, if anything.

dear Birgitta,
thank You for Your speech in Italy!
You gave a lot of hope to italians!
Kvedja
Kristina from Varese, Italy

Birgitta
how dear seeing you pronounce your words.

Tears run down my eyes and strenght builds up in my heart.Listening to you.

You are my reason now. the only part of my daily routine in which I can listen to my soul.

I want to become a peaceful fighter, like you.

Ghandi was deeply religious, and he was a peaceful fighter.

You are much easier to follow than him. You live in my world, the world of 2010.

But how can I follow my heart? Everytime there is lots of confusion inside.Sometimes I'm so weak, not even able to smile to my dear ones,or fight for small things.

many, many questions and challenges.

Hope to grow up(I'm 29)stronger and stronger, and be able to know you personally one day.
A brotherly hug