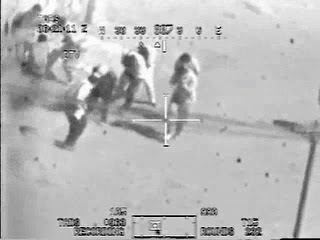 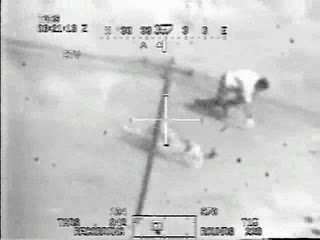 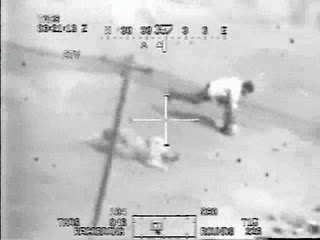 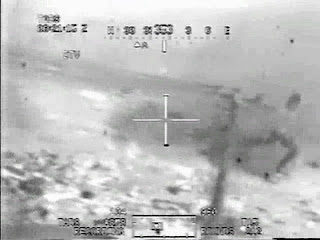 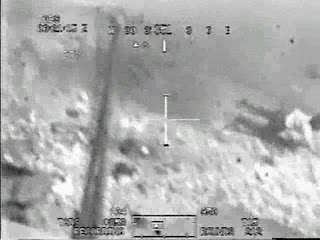 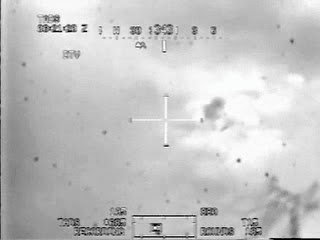 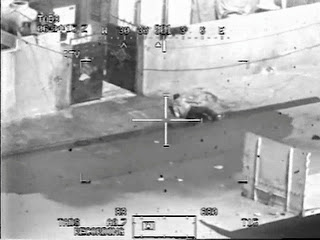 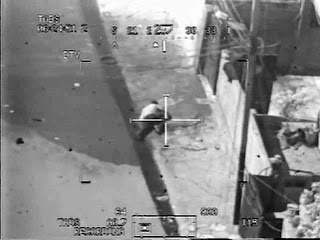 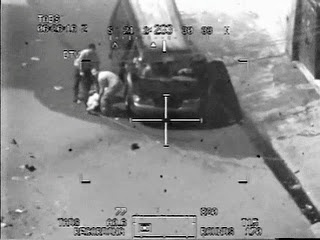 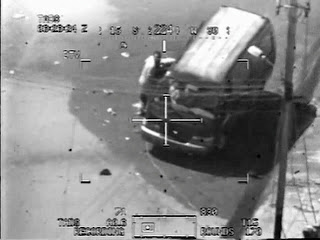 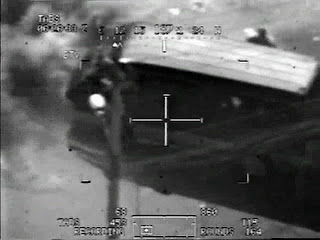 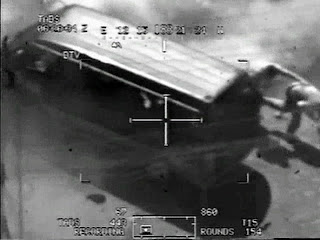 Posted by Birgitta Jónsdóttir at 12:18 PM

the collateral murder video should definitely give enough material for a lot of scientific branches.

also, a look at it from a linguistic perspective is definitely valuable.

a linguistic specialist should be able to take a closer look at what the US military is doing with the word here. "political engagement" is usually, in everyday language, used in other contexts (demonstrations, for example, protests...) - it's "politisches engagement" in german.

it's worth noting that the US military in internal communications uses, when actually shooting, killing, committing murder, use - "engage".


this here is also interesting:

what they think they do is finding "targets". this is what they thought they had when they were targeting human beings. "finding targets". their behaviour, their language tells you that they think they are in a training, with "targets" in neutral form - like let's say a target poster - a thing. confirmed in the next one: "we definitely got *something*"

they are not aware anymore that they are shooting at humans, at living beings.

however - thinking at the people who spent their time on editing (in your case, it were the Eastern Holidays, isn't it?) and thinking at the time the bradley manning support networks members spend on it... it's indeed quite. quite embarassing what currently JA is doing with the name wikileaks:

this - the screenshots you see - the repost of nazi content by an official supporter, linking to it by another official support page, tweeting links to the Swedish pendant of the Junge Freiheit by the official WL twitter account... - this is very destructive for the project.

Surprisingly, however, the official WL account still has avoided to address the issues pointed out.

People I know that were on the ground during this incident, basically said that this stuff was an everday occurance!

Absolutely commendable effort Brigitta, your work with WikiLeaks on this video has been an example to us all, it's an importance landmark for taking stock of where our Western Civilisation is going.

But of course I cannot help noticing the anti-wikileaks website wikinews030 has gone and advertised its smearing services above getting onto your chariot of credibility to harvest publicity. :-/ we keep going though :-)

Many thanks for your work, greekemmy

"But of course I cannot help noticing the anti-wikileaks website wikinews030 has gone and advertised its smearing services above getting onto your chariot of credibility to harvest publicity. :-/ we keep going though :-)"

re the "anti-wikileaks-website wikinews030" - coul you kindly care to elaborate?

is wikinews030 supposed to assume that -they- -wikinwes030- have sent the incredibly embarrassing tweets sent by the official wikileaks acount?

are the readers supposed to assume that they - wikinews030 - placed the nazi content on the official supporter site pushed by wikileaks and linked in tweets [rixstep] and that they - wikinews030 - placed the link to the nazi article repost on the 2nd official suppoters page justice4? - an repost even directly linking to the nazi blogpage, openly providing advertisement this way?

how so, because if you ask me, the tweets to the right wing populistic paper were sent - 9 times in total - by the official wikileaks account and by no one else. 9 tweets in total between march 7 and nov 28.

just like the tweets to rixstep were sent by the official wikileaks account, by the person responsibl for it himself.

and you go and post comments re the "anti-wikileaks website wikinews030" instead of referring to the issue, the absolute, absolute bullshit that happened there and instead of thinking how to repair what has been done there (if possible at all now)?

you think that anyone is caring for claims about "pro" or "anti" when comments are clearly pointing at an issue and when reply comments are not referring to it with a single word?

BULLSHIT! Where is the dissociation!

this guy is trolling work results of others, enough of that - where is the dissociation?

To the comments. ...I think that we have taken "collateral murder which is a horrific event, one that destroyed many life's of many involved. And instead of keeping the eye on what was important in the release, we took it to s place it never was really about ie JA or Wiki leaks. We must maintain focus on what "collateral murder IS about. The lives murdered, Bradley Manning, and the systematic problem that wreaks havoc across the globe. the US M.I.C to me anything else is diminishing the intentions of Bradley Manning.

Hi Birgitta, my very best wishes and lots of love for your American adventure. I think that your idea of blown up stills of this carnage is fantastic, it would make a great exhibition to tour countries. I'll see what I can drum up from the bottom of the world xox

Unknown said...
This comment has been removed by the author.
1:41 AM

I wish more writers of this sort of substance would take the time you did to explore and compose so well. I am exceptionally awed with your vision and knowledge. 192.168.l.254


This is default IP address that is used by most of the router companies like the PTCL, TP-Link, D-Link, in order to access the admin page of the router

This configuration can also be used for devices like Router, Modem etc. and they are all having the initial IP address