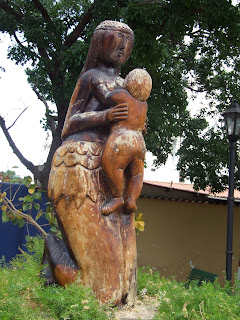 I have often wondered why I have since I was a kid been given rather harsh live lessons when it comes to great suspense. First big one was when my fathers fishing boat sank and he and his crew were lost on a raft somewhere at the rough North-Atlantic oceans. My mother sitting next to the phone waiting for any news. I knew in my heart he was OK but the fear in the house was thick and nothing we could do, but wait for news of life or death.

Second great suspense to deal with was when my fathers sister and her boyfriend vanished. They were 20, I was 12. My mother wrote a song to a poem titled, "Are you aware that your friend is dying". Rescue teams looking for them, missing peoples reports on the news. But in vain until a week later we got the news they had been found, at the bottom of the harbor in the village I grew up in. Me and mother had just moved to the city. Then was the time of getting the car out of the harbor and during that operation the body of my aunt fell out of it and again there was great suspense while they were looking for the body in the freezing ocean.

Third was my father again. He vanished on Christmas eve without a trace. Again it was the waiting, the fear, the helplessness. Missing persons reports and rescue squats, cops and frantic search and that terrible suspension. I knew he was dead, I felt a string snap in my heart. Finally when the blizzard eased they found his car parked next to a deadly river. He has walked into it but his body has never been found.

Fourth was my husband. He did a copy cat of my fathers mission of suicide. It was quite clear. But the rescue efforts was on full throttle. The biggest rescue mission in Icelandic history at the time. He left a suicide note and was traced to the west of Iceland. But he was not found until five years later. His bones weathered and 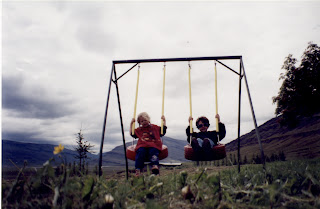 This morning I realized why I had been given these lessons of living in suspense without going quite mad or loosing my integrated sense of optimism. I realized that I was being prepared for the times we are facing on my nearly bankrupted island. For over a week now, I have been having similar fears as when those dear people got lost. I realized that I can perhaps help others who have never experienced suspense on the level we are facing now.

I realized that the greatest tool I have found through the years is so simple that anyone can use it at times like this and it might lift the burden of the paralysing suspense so many people are facing right now.

So what is this way this tool to deal with fear and suspense? Gratitude! This is how I have used it: First I focus on the sensation of gratitude within my heart. I dig for it through focusing on events and people who have brought me joy and opened my heart. Thus I forge this feeling within my heart of gratitude through a real and tangible feeling.

When I am in this space - I start to think of gratitude towards future events. Thus I loosen the grips of fear by transforming the suspense into gratitude.

Now there is no fearful suspense in my heart, only a deep feeling of "everything will be alright."
And so it will be: alright. No matter what I am going through, if I remember to use this method, it somehow transforms the fear. 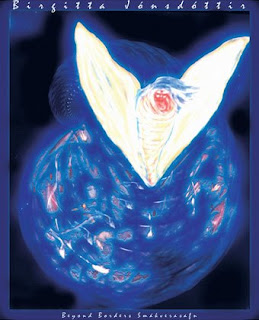 I feel a wave of fear washing over humanity - the values are changing. This time is simply the time of change the ancients have been talking about for ages. In dead it might be the greatest time ever, an opportunity for us to shift from I to us.

This morning I am grateful for the fact that I have enough food on my table, I have wonderful children. My path has crossed with so many people who have touched my heart because I have allowed them to. I am thankful for all the hardship and all the opportunities to grow. I am thankful for every second, every living breathing moment. I choose to focus on this gratitude rather then the many "difficulties" I facing.

Remember there are no failures, no scapegoats, no one to blame. Everything is alright, everything is just the way it should be. Ask for the courage to change the things you can change, the serenity to accept the things you can not change and of course the wisdom to know what is what:)
Posted by Birgitta Jónsdóttir at 8:06 AM