Even if I had pretty much made up my mind when I was 14 that I was going to dedicate my life to the muse of poetry, I got bored with it when I had achieved to have my first book of poetry published when I was 21 by the largest publisher in Iceland at that time. I wanted to explore more creative sides of myself. And so I did. It wasn’t until about a year ago that I called upon the muse of writing. I had finally made up my mind about what I wanted to choose of the very many different creative expressions I had experimented with through the years. It is a work of much solitude, but at the same time it requires life to be explored and tasted by all the senses.

Ever since I called upon the muse of writing and the muse of poetry. (They are not the same), I have been sorting through the various qualities of material and ideas that have piled up in my computer through the years. It has been a massive process, because I am not only processing the written words of almost two decades, but also many emotional attachments to them. As a result of all this work I have one novel, 10 small books of poetry on different themes and a handful of short stories. Once I have got these published I will be able to start writing my new novel. I mean it is impossible to get pregnant while giving birth… even if I am sure there is at least one freak incident in our human history of that too.

I am now an art correspondent for the Icelandic Grapevine and it has forced me out of my solitude into the whirlwind of other people’s creations. I like that challenge, part of it is to be a critic and I am a little bit freaked out about it, it is a lot of responsibility to be in that role. I promise myself not to be judgemental, but rather act like an observer. Try to be transparent about it, I mean I can never really write about anything that is not coloured by my own self, viewpoints and opinions.

Soon I shall be walking a shoreline of another country, feeling, sensing the smell of the ocean, the smell of citrus and feeling the fingers of the sun play with my hair.
Posted by Birgitta Jónsdóttir at 8:25 AM 2 comments:

the King of the Oceans

Once was swimming in my belly
I dreamt him
He had such long eyelashes
that they made it feel as if i had butterflies in my belly
I knew how he looked like
I knew how his deep blue eyes
would change the shades of everything around me
once he would enter the world
In my dreams he often gave me messages
He said: My name shall be Neptunus
I said: But that is too strange, let me find a name
He said: Look at the planets
I forgot the message but
I dreamt again and he had taken the Goddess of dreams with him
They showed me black on white the Name
and so it is that the one that once reigned over the oceans
is yet again among us
but no longer a God but a mortal being
but the ocean is still in his blue eyes 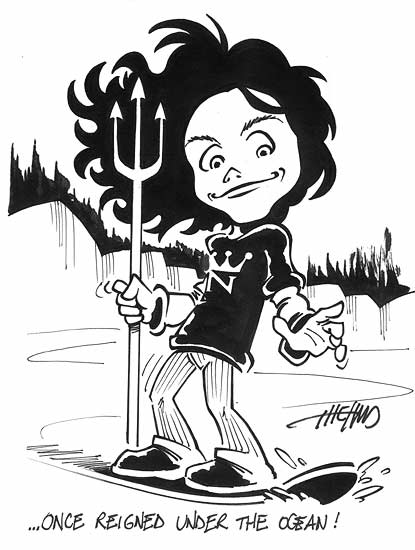 Posted by Birgitta Jónsdóttir at 9:12 AM No comments:

The Diary of the Chameleon

As I am typing this my novel is being prepared for publishers. It is truly a miracle that I ever finished it. It took me 17 years to find the right voice in it. Its live is taking on many shapes and forms. Maybe because it is about the chameleon element in the person it is written about, maybe that is why it is taking so many forms and shapes. It is the Icelandic version that is ready now. I still got about 70 pages left of it to translate. Once that is done it will be ready to shed its skin again into a new body. The body of another story; Cobalto. Don't miss that transformation. It will be something truly special. Sometimes when you permit someone else to enter into the creative process. True alchemy happens. 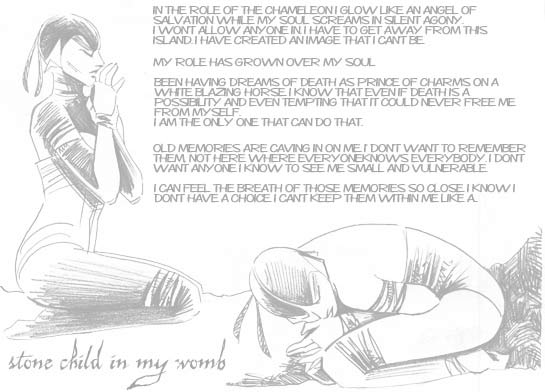 Posted by Birgitta Jónsdóttir at 9:40 PM No comments:

Adventures what are they?

I don't know really, but I think it is something like this; My adventures usually happen in relation to the Internet. Maybe because through it I travel. I get sucked into it, as if I am but a blood-cell being pumped trough the great heart of it. I don't see the Internet as anything then a living organism. Maybe because I have met so many people through it. Many are and will always be virtual. But even through the virtual friendship there is something real about it. Sometimes much more real then the relations I have with people I interact with on daily bases in the not so virtual world. Through the virtual the not so virtual the so called real stuff has happened. Projects happen, people happen, travel happen, things materialise. I think the Internet is a materialisation of the collective consciousness. I think the reason why everything is happening so fast, is because we are connecting much quicker then ever before. I think the Internet has made our world real. It has enabled us to see much further into other countries through the eyes of the real people living there. And thus I love the Internet, it has made my life a living adventure.
Posted by Birgitta Jónsdóttir at 7:56 PM 2 comments:

we must always remember..

..to never give up

I had not met with my fellow radicals for more then a month. Reason: January happened. It is my month of introspection. I had hardly been out of the house. I worked like a maniac on my novel, the diary of the chameleon. It is in its final prove in icelandic but i had to trow away my previous english translation. Why: it sucked; and i had changed the book so much since i translated it that it was not the same. so 35000 words out the window... what a good feeling. ugly little bastards when they are out of proportion. oh how can i say such a thing. one should love they children no matter if misfits.

So i met with my fellow raidcals at the radical center and there was a good group of the same faces that are doing things at the edge of the legal. Storming our rather ugly city with messages to our sleeping brothers and sisters. Maybe the words contain a magic formula that might wake them up.

I love this city; even if it is ugly; it is gray, oh it is gray during winter. But it has mountains hugging its bordres and the ever shifting color of the ocean. The geese at the pond have in a charming way lost their mind from hunger and attack the hands that feeds them. It has very few things for the eye but yet those ugly things in a pile are my Reykjavik and i love the things under the crust. The nests; the eccentric people in them; and the ravens.

Posted by Birgitta Jónsdóttir at 8:20 AM No comments: