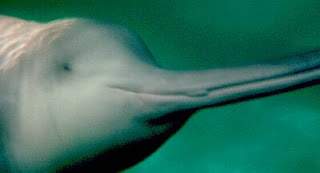 my six year old son Delphin learned a lesson on his own that most of us adults can't figure out all our lives. He is rebelling a bit a school and did try to flush down the toilet the rules from the mess hall. I being a chronic co-dependent took it quite personally i am not raising him right, i am not good enough mother, blah blah blah and was very annoyed at him when i heard of this. On the way back home i had to go to the post office and i decided to let him stay in the car to think why he would be doing things like that. He has been doing a lot of things that are not making him very popular. I ended up staying a longer at the post office than i had intended because of a massive line of people. When i came back, he said: "I know why i behave this way, i need to control everything, but i am not going to do it anymore, i am just going to let god control me." That is he surrendered to higher power. I am not much of a god person in the christian sense of god. Being a heathen and a buddhist. Yet i am a 12 step person and this does sound a lot like the lesson learned in the first 3 steps. I don't talk much about that sort of stuff to him, only that god is within us and everything around us. that is a part of us. Anyway i thought it was such a brilliant conclusion for such a young person. And remembered that kids are a lot smarter than us adults, because we tend to make things so complicated.
Posted by Birgitta Jónsdóttir at 6:45 AM

I have seen that every person wants to express their feelings but they are not able to express their feelings properly in words but the content you have written in your post is very beautiful, it seems that you have expressed your feelings Has expressed. Hi, you are a person who writes a very beautiful post, in the same way, you keep writing new posts in your life, our best wishes are with you.
Escorts Service In Sector 54
Escorts Service In Sector 58
Real gurugram escorts
Lying person
call girls in gurugram
Call Girls In DLF Phase 3
Escorts in Surajkund
Call Girls In Sector 47
Escorts Service near Piccadily
bikini call girls oberoi hotel